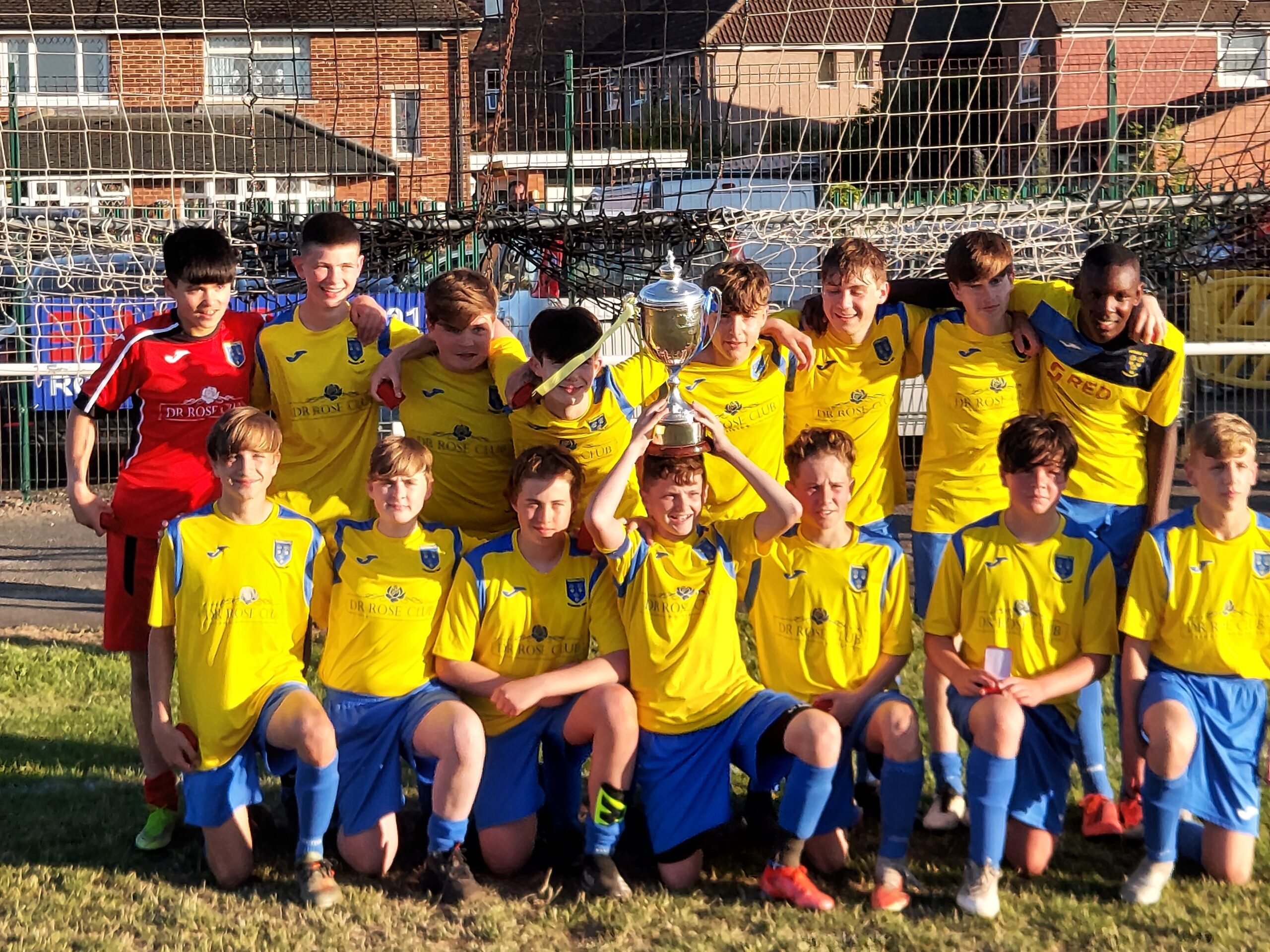 The 2020 – 2021 season has come to a sparkling end for our U14 Sunday Team as they stormed to victory in the Wirral District FA U14 Cup with a resounding 6 – 2 win over Princes Villa FC. 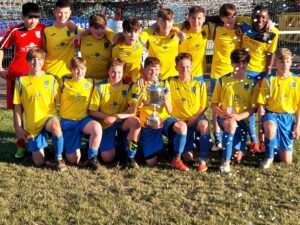 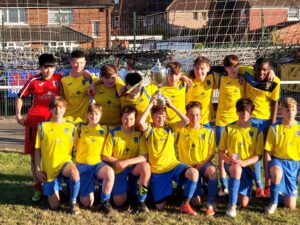 A subdued first half from the Yellows allowed Villa to take control of the game after a tremendous long range goal from their striker, one to be proud of for the young lad. Our lads came out growling in the second half and took control of the game, goals from Riley Scorah, Tom Barrett, an own goal which skipper James Hawkins is claiming, and a fine hattrick from Miles Arnott gave us a commanding lead before a late consolation from Villa. 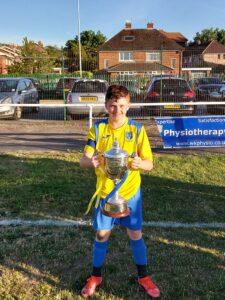 Skipper James Hawkins with the Trophy

A great performance and a deserved trophy for Manager Andy Bannon and coaches JP Stanhope & Matt Swede and all the lads who have worked so hard all season.

Congratulations to everyone involved. 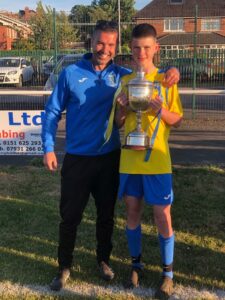 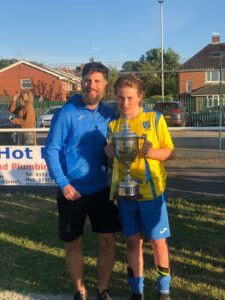