Our Awards Evening to celebrate a successful year A successful season at Heswall FC was celebrated on Saturday at Gayton Park when our end of season presentation was held. Following the Covid interruptions this year, it was never certain that the season would be played to a conclusion however we offer great thanks to the West Cheshire League for finding a solution and enabling our lads to challenge for the right to return to the first division.

The lads representing our first team responded magnificently winning 13 of 15 league games and finishing second on the league and achieving our goal of first division football next season. A remarkable achievement from Manager Andy Cass and his team, they were terrific throughout the season showing their incredible desire and will to win.

We were lucky enough to have the support of our fantastic sponsors who afforded us the opportunity to have each award sponsored, an incredible gesture and one we are eternally grateful for, the support of our sponsors is vital to our club and we offer our sincerest thanks and eternal gratitude to all who have supported us this season.

The award winners in the first team were firstly with the most assists was Matty Morris, the winger has had a great opening season at the club, he’s got unbelievable feet, an outrageous touch and we still don’t know if he’s left or right footed, award was kindly sponsored by Desmond L Bannon & Sons Family Funeral Directors. 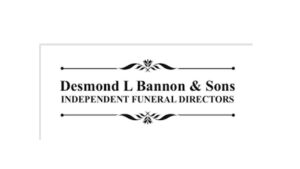 The Top Scorer for the first team was Centre Forward Joe Ford, after 4 goals in 10 games pre lockdown, regular readers will know once we came back, Joe was in red hot form with a remarkable 16 goals in just 15 games. Award kindly sponsored by Wainwrights Accountants. 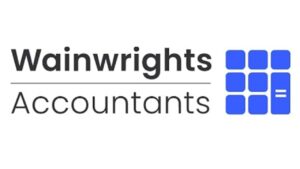 The Managers Player of the Year, the award chosen by the gaffer, Andy Cass was deservedly won by Club Captain Christian Lewis. Christian’s commitment has always been top class but his performances have been nothing short of superb, a real club man and a huge asset to the first team squad. Sponsor for this award was Hunters Estate Agents in Heswall, thank you. 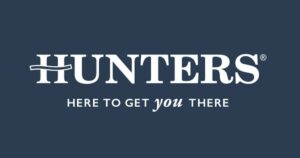 The final award handed out to the first team squad was the coveted Players Player of the Year award. This award is given by the squad to the player they feel collectively has stood out above all others, and the winner has had a great season, we may not yet understand much of what he says but our own flying Scotsman Graham Mort was a deserving winner, an ever present season and tremendous throughout. The Underground Training Station were the kind sponsors of this award.

The reserve team awards started with the top goalscorer award, which was kindly sponsored by Rustic & Refined by Gaynor, the top marksmen and deserving winner was Dan O’Halloran. He takes some stick from his team mates at times but he works hard every game and scores goals when it matters, a real gentleman and a credit to the club. 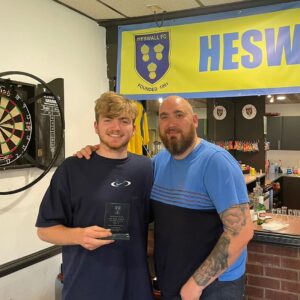 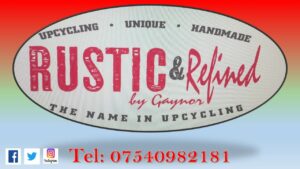 The 2 remaining awards for the reserves, Managers Player of the Year Sponsored by Soap & Steam and the Players Player of the Year Award Sponsored by Farndon’s Electrical Ltd were both won by the same player. It seems obvious to say that this lad has had a great season to be the deserving winner of 2 awards but Josh Brooks has been immense in goal this season, not only has he kept a raft of clean sheets, saved penalties and made some incredible saves, he’s been a potent attacking weapon weighing in with 5 assists this season, an incredible stat for a goalkeeper. 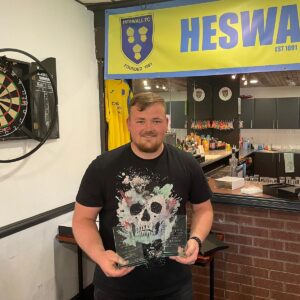 Our youth team, in their final season before stepping into adult football handed out a number of awards on the night too. The Most Improved Player Award sponsored by Heswall Nub News, a huge supporter of Heswall FC this season, afforded us the opportunity to raise our profile in the local community and keep you updated on our clubs progress, was handed over to Ben Davies, who has not only improved as a player but also changed role this season, Playing more as a striker and doing a fine job, hitting the net on a number 4 times in 8 games, a very respectable total, showing his great versatility and eye for a goal.

The Award for the Most Man of the Match Awards which is chosen on each matchday by the opposition manager so winner Dylan McColgan must be doing something right and playing consistently well to impress over 30% of the opposing teams. A very good young player with a bright future at Heswall FC. Revolution 4 in Heswall were the kind sponsors of this award and have been a great source of support to our club this year which is very much appreciated. 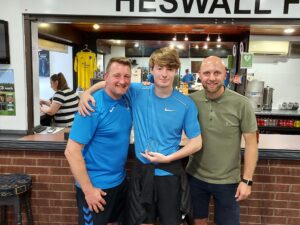 Clayton Civil Engineering were the sponsors of the next award, the Top Scorer Award which was won by hotshot Matty Walsh who hit 7 in 9 games. Matty has consistently shown his desire to score goals and his work rate shows his willingness to put the effort in for his team. Matty is another player making the step into adult football and there are high hopes for him. 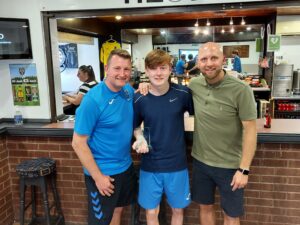 Youth Team Managers Player of the Year was the next award, sponsored by Mini Monsters, the winner was Goalkeeper Finn Collins who has had another strong season for a string of fine performances in the Youth Division has led to Finn stepping up on a number of occasions for both the first team & reserves when required where he has shown what a fine goalkeeper he is, he is sure to reach his potential in coming years and become a top class keeper. 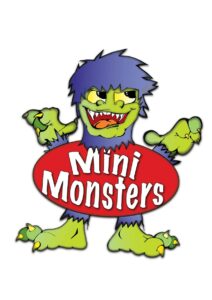 The final award sponsored by Coal Electrical was the Youth Team Players Player of the Year Award, the winner of this award was Alex Parry, a very good young player who is sure to develop into a fine player as he develops and experiences adult football, Alex has had a tremendous season and is highly deserving winner, always tough to impress your own team mates so well done Pazza.

We would like to offer our sincerest thanks and gratitude to all our award sponsors, it’s so very good of you to support our club and we very much appreciate it.

Congratulations to all our award winners and also to all our players who have all worked hard this season and performed to a great standard, we are eternally grateful for the sacrifices made and the commitment shown by them. We would also like to offer our thanks as a club to the Heswall Wags, we appreciate that we take up lots of your partners & husbands time and for this we are hugely grateful.

Coming up we have the Awards Evening for our Junior Sides, our Under 14 teams on both a Saturday in the Eastham JFL and a Sunday in the Wallasey JFL. Managers Lee Hawkins & Andy Bannon have their work cut out choosing winners from 2 successful squads so look out the award winners after the event on July 17th. 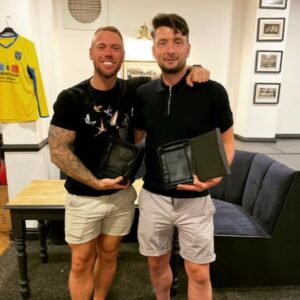 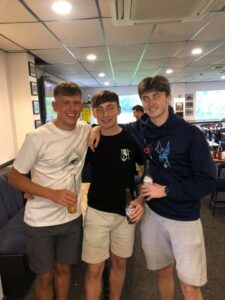